For some reason I keep falling in the same trap every semester or so. Some source which I generally respect says something along the lines that you do not need that much protein and once you are beyond your newbie gainz, carbs become more important and the usual 2g/kg or 1g/lbs figures are already beyond the upper end of what you actually need. And then I am convinced by the reasoning and start upping my carbs and neglect my protein, still easily hitting something around 1.5g/kg. Yet still, everything breaks apart.

Not only does the physical performance suffer, but my mental performance suffers as well. I mean, your brain is just a huge lump of cholesterol and proteins, with transmitters being formed from even more proteins. So eat accordingly. Although discipline begets discipline and eating properly and performing well might be just related by this factor, I noticed this even well before strength training and counting my protein or macros. However, I guess at this point it is for me more a matter of recovery, as a protein deficit negatively impacts it and you can only work hard, if you are well rested.

On the other hand, when protein is in check, even when getting most of it from whey shakes and not real food, few things can go wrong. Given adequate protein intake, I pretty much feel indestructible even on a caloric deficit.

How much protein to eat

The reason I bring this up is twofold. First, it serves as a reminder for me. Aside from widely varying recommendations for protein consumption, around 1g/lbs seems to be my personal sweet spot. I also ate sometimes as much as 1.5g/lbs for a prolonged time, but I could not notice any further improvements. Second, almost always when people have their training in check, i.e. performing squats, presses, deadlifts and the like on a regular basis with adequate weight and repetitions and still stall in their overall progress, they seem to undereat, especially on protein. On the other hand, I do not know of anyone making good progress, who does not eat large amounts of protein. Some people get away with something like 1.5g/lbs, but most simply don't.

Also note that there is no general optimal ratio of macro nutrients – it depends on a lot of factors. Anecdotal evidence seems to support the following rules of thumb:

There also seem to be some hereditary factors at play; it might be useful to look at the food choices of your ancestors. In the end, it is all about careful experimentation and finding something that works for you. I think it helps to be mindful about your appetite and cravings. In general, if you are craving something like chips or similar junkfood, you probably just need more protein. But when you crave something sweet, often not everything would do the job. Sometimes you wish for some really high carb stuff, sometimes it is more about fat and sometimes quite a mix. Be mindful about it and try to fulfill the cravings with high quality food, ideally with some protein added on top.

As for me, 1g protein per lbs bodyweight (i.e. roughly 2.2g/kg, but I try to weigh around 90kg or 200lbs, which makes the math easy), and about 80% of that (i.e. 160g) carbs and again 80% of that (i.e. about 130g) fat seems to be the minimum I should get daily. Note that this would put me at a significant deficit; however I did not notice much difference in how I get in the remaining calories. But this is just for me, but might give you a hint where to look, if you followed different macro distributions and are unsatisfied. Most recommendations seem to eschew a balanced approach, by either going low carb all the way or eating really low fat and high carb. However, if you are trying to gain mass, getting most of the excess calories from carbs reduces fat storage by simple inefficiencies. And of course, carbs seem to work best periworkout.

Furthermore, I do not believe that people who do not weight train need less protein. Unless you are fat, you carry a lot less bodyweight, so there is already some downregulation. But you still have the same metabolism, with a constant break down and rebuild of proteins in your body going on. But well, I do not have much more than anecdotal and personal evidence for this going. As a fun fact, it also seems to be that, among athletes, strength athletes do not have the highest protein requirements per bodyweight, but endurance athletes do. Just think about it: One is in a catabolic state for maybe a few hours in a week, namely while in the gym, while the other often racks up several hours on a single day while getting miles in. 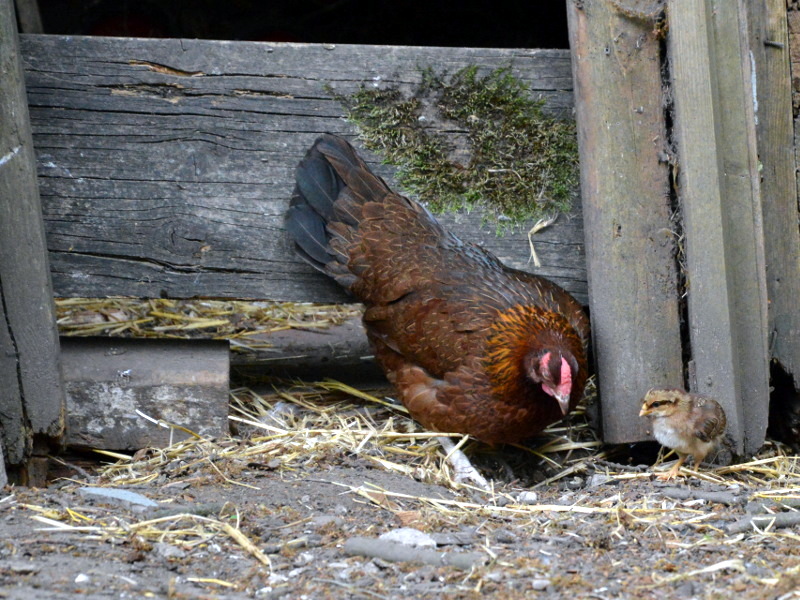 Oh just look at these cute protein factories. Self-producing is in general not the most economical way to obtain food, but at least you can be sure that it is up to your ecological standards.

One topic that is dear to me is the ecological and economical impact of my food choices, because I care about the environment and my bank roll. It should be quite obvious that carbs are dirt cheap in comparison to fat and especially protein, so I concentrate on the latter.

Take note that whey is the cheapest protein powder around, as it is a waste product of the diary industry and there is no evidence that it is any worse than other protein sources. Actually, it seems to fare better than any other protein source, as it has a somewhat optimal ratio of amino acids. And compared to other animal proteins, it is the cheapest source, too. Just don't waste money on some kind of expensive premium variant; simply buy the cheapest whey you can find. Maybe with flavor, but I hate most flavors and can't stand them after at most a week.

When it comes to other sources, like milk, cheese, eggs, meat and fish, price and quality matter and often go hand in hand. Also here it matters to vote with your money. Given the size of the food industry, your individual boycott simply does not change anything. However, if you buy meat or milk from a small, preferably local farm, where you think that their way of working is sustainable and should be supported, it will have much more of an impact in their budget.

Protein is a limiting factor

To put it in the language of my previous post about bottlenecks and magic bullets, protein is a limiting factor for growth and performance. However, the returns diminish quickly once one has surpassed some critical amount, which depends on a host of factors. The standard recommendations of 1g/lbs or 2g/kg are a good start, but eventually everyone has to find out for themselves how much protein they actually need to perform to their standards. The same goes for carbs and fats, but these things are simply second, as already the name protein implies. Which also means, that once protein is in check, you probably have more potential by optimizing carbohydrate and fat intake, than by simply further increasing protein.